SMHS Gym is renamed in honor of Mike McMahon

A long-time teacher, coach, leader and principal was recognized by St. Mary’s Catholic high school. Mike McMahon, the school’s former principal, had the school’s gym named in his honour to recognize his contributions to both the school and the Woodstock community.

A longtime teacher, coach, leader and principal has been recognized by St. Mary’s Catholic high school for his commitment to both the school and Woodstock communities.

Mike McMahon, the school’s former principal, had the St. Mary’s gym named in his honour to recognize his long list of contributions.

The multi-use gym will now be known as the McMahon Gymnasium, a dedication that was formally introduced during a virtual presentation due to the ongoing COVID-19 pandemic.

“There is no other member of the St. Mary’s community more deserving of this tribute,” a release stated.

McMahon began his teaching career in 1971 with the Peel County school board. He moved to the Halton public school board in 1975 and became the physical education department head and vice-principal of St. Ignatius of Loyola Catholic high school in 1979.

He joined St. Mary’s in 1987 as the principal and stayed until retiring in 2001. He then served as a justice of the peace for the Ontario Ministry of the Attorney General’s office in Oxford County.

“As principal, he found a true outlet in his calling as teacher, coach and leader,” noted the release while highlighting his use of sports and extracurricular activities as ways to engage his students.

“He himself would often remark that if he couldn’t play sports, he would not have made it through school. Every student mattered to Mike and he would make sure each student was involved in the school community in some way.”

As principal of St. Mary’s, McMahon was the first secondary school principal when they added grades 11 and 12 and ballooned from 200 to about 1,200 students. He also oversaw the move to the new St. Mary’s school building on Juliana Drive in 1996 and consistently promoted sports and clubs, as well as forming new programs such as wrestling, football, hockey and cheerleading.

“As a young man, Mike McMahon always loved sports. It was through sports that he found success in academics. Growing up, his parents always insisted that if he wanted to play on a sports team, he had to be passing his courses. These were lessons in life that later, as principal he would pass on to his students.” 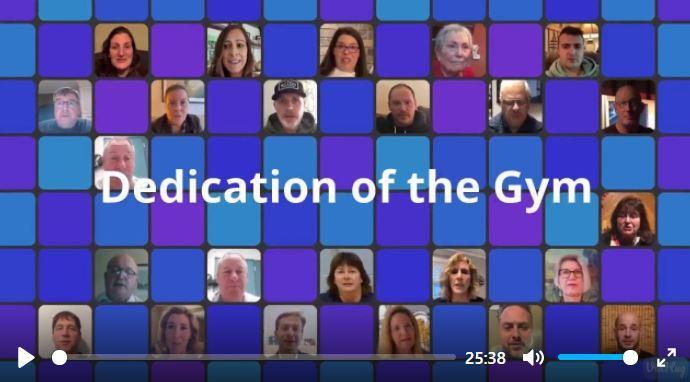 Mr. McMahon holds his honorary plaque (similar to the gym banner at the school), as he 'virtually' thanks everyone for the honor of the gym renaming. 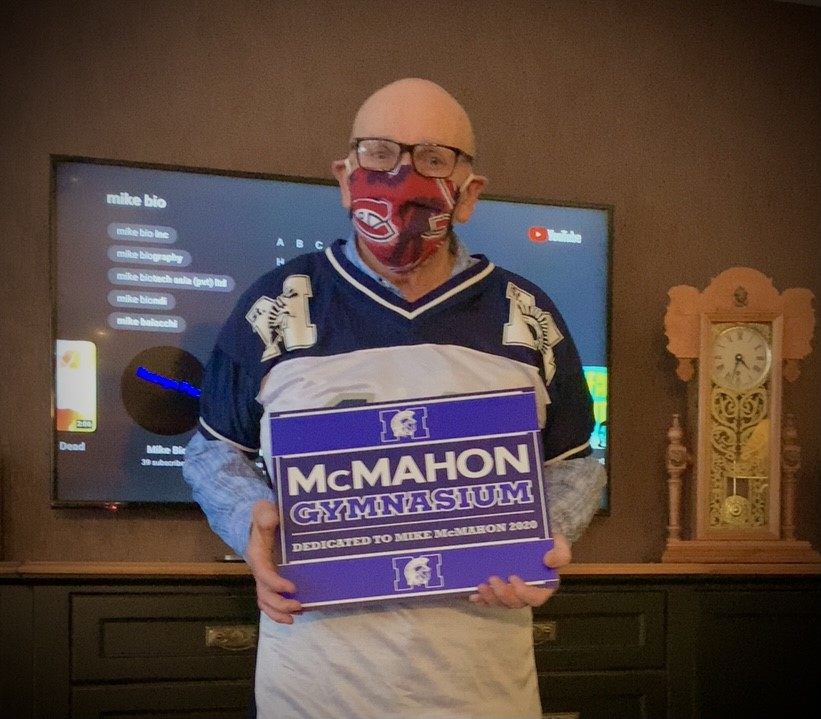